There is no love lost between Tyler Perry and Spike Lee, and now Tyler Perry has had enough. 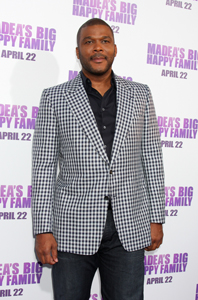 Tyler Perry is sounding off about Spike Lee, who referred to Perry’s hit movies as “coonery and buffoonery” and that it “harkens back to Amos n’ Andy.”

When asked about Lee’s remarks at a press conference for the next Madea movie, Perry absolutely lost his mind.

“It’s always black people, and this is something that I cannot undo. Booker T. Washington and W.E.B. DuBois went through the exact same thing; Langston Hughes said that Zora Neale Hurston, the woman who wrote Their Eyes Were Watching God, was a new version of the ‘darkie’ because she spoke in a Southern dialect and a Southern tone. And I’m sick of it from us; we don’t have to worry about anybody else trying to destroy us and take shots because we do it to ourselves.”

So they probably won’t be sitting together at any Knicks games then?