Lindsay Lohan’s fate in Gotti: Three Generations seemed all but dead in the water but she’s back in! The actress will play John Gotti Jr.’s wife, Kim Gotti. 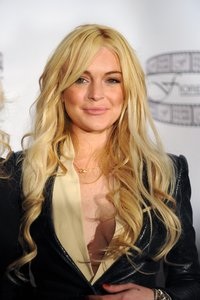 She’s in, she’s out. Figuring out Lindsay Lohan’s role in Gotti: Three Generations was like a bad game of back and forth ping pong. Just when we’d think she was locked in, she wasn’t. This time it’s official — Lindsay Lohan will play Kim Gotti, John Gotti Jr.’s wife.

Lohan was originally in talks to play Victoria Gotti but it looks like executive producer Marc Fiore saw her fit better as Kim Gotti instead. Not only is she signing on for Fiore’s Gotti: Three Generations, she’s also hopping on-board his other project, Mob Street.

“We’re very pleased to have Lindsay on-board for both of these films,” Marc Fiore told Us Weekly. “She has been very enthusiastic about the Gotti project, and after resuming discussions with her, we were impressed by her commitment to the film and felt she would be a perfect Kim Gotti.”

As of Wednesday, news began circulating that the starlet was completely dropped from the film. So, why the change of heart? It was Lindsay Lohan herself that actually helped seal her deal. “She was definitely out as of earlier today, but she really wanted the part,” Fiore said of the Wednesday rumblings. “She not only is back in the movie, but she single-handedly put it all together. She called me personally and put her team on it, and we came to an agreement.”

As for Lindsay Lohan, she told the Associated Press, “I’m really excited to be back on set and clear up all the misinterpretations about me and show this is what I love to do.”

She added of her role as Kim Gotti, “I think it’s such an iconic story. I’m honored to be working with John Travolta and Joe Pesci.”

With the role of John Gotti Jr. yet to be filled, who do you think would be perfect to play opposite Lindsay Lohan?