Lady Gaga is bringing The Monster Ball Tour: At Madison Square Garden from her home to yours, and she’s returning as musical guest on Saturday Night Live! With her album Born This Way due out May 23, Gaga’s first solo HBO concert event is set to premiere on May 7 and she’s booked on SNL, with host Justin Timberlake, on May 21!

Whether you couldn’t make it to Lady Gaga’s sold-out Monster Ball tour or you just want to go again, HBO has your ticket! Lady Gaga Presents The Monster Ball Tour: At Madison Square Garden is coming to HBO Saturday, May 7 at 9 p.m. 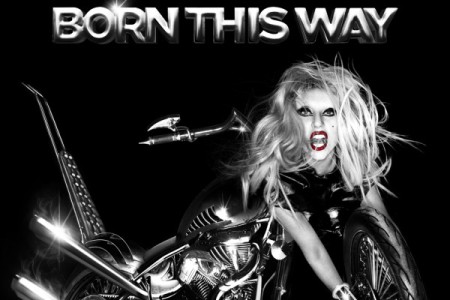 In her first HBO special, which will re-air throughout the month, the five-time Grammy winner performs faves like The Fame, Telephone, Monster, Alejandro, Poker Face, Paparazzi, Bad Romance and Born This Way. The show, taped February 21 and 22 in Gaga’s hometown of New York City, is directed by Gaga’s choreographer pal Laurieann Gibson and features a ten-piece band and ten backup dancers.

Lady Gaga has also signed on to rock the Saturday Night Live season finale May 21, with host Justin Timberlake. When Gaga was on in October 2009, she rumbled with Madonna in a Deep House Dish sketch, and with fave host Timberlake in the house for the 2011 SNL finale, SheKnows has high hopes. Maybe Andy Samberg will get Timberlake and Gaga to team up for a follow-up to (Expletive) in a Box and Mother Lover.

Gaga’s albums The Fame and The Fame Monster have sold more than 15 million copies combined. The diva is counting on her Little Monsters to help her beat those numbers when her upcoming album, Born This Way, lands May 23.