African Cats premieres in theaters in time for Earth Day — April 22 — and it could not be more perfect to celebrate the day we mark to toast our home planet.

Disney Nature has made a yearly event of the nature movie being released on Earth Day and this year’s incarnation takes audiences deep into Africa to tell a story of African Cats that has never been seen by human eyes. 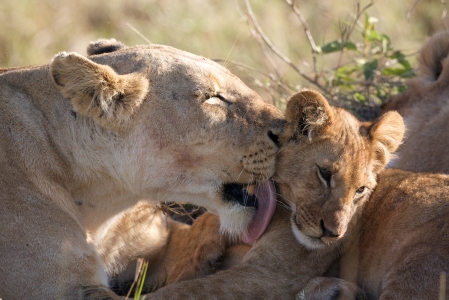 The film’s co-director, Keith Scholey, phoned us for an exclusive chat about the phenomenal film and why it is so important for families and general audiences alike to take in the African Cats experience on the big screen.

SheKnows: What a marvelous piece of work you all have come up with. I was just curious, was it a difficult shoot, or merely a labor of love?

Keith Scholey: These animals are my personal passion and it was a huge privilege to make a movie about them. I would say about my job it beats working.

SheKnows: What is it about these creatures that you are drawn to and have this passion for?

Keith Scholey: First of all, the African big cats are very exciting animals. They do dramatic things and also their lives are very similar to ours in many ways. If you take a lion pride, it’s very social and it’s actually the mothers — the lionesses — that actually drive the pride over generation and generation. They raise the kind of cubs that holds this kind of family closely together. Then, you get these guys coming in — the males. [Laughs] They only come to this circle and think they rule — but they don’t really. They come into the pride only two or three years at a time and then they get chucked out by another bunch of males. It’s actually the lionesses that build it and the bonds of family are just so, so strong.

SheKnows: What do you think audiences will find most surprising to learn about African Cats? 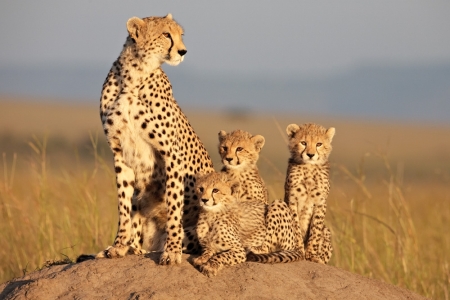 Keith Scholey: Most documentaries about these animals, they’re quite kind of factual. They say, “Oh, the cheetah humps like this.” [Laughs] What you never really get is a feeling of actually knowing these animals like you would know another person. You never really get into their lives at such a deep level and follow the extraordinary challenges they have in their lives. I think this is better than anything I’ve ever made before. It really shows, A) how tough it is to be an African cat, but also, B) the tremendous courage and endurance these animals have — especially the mothers to raise their cubs. I think it’s the personal stories of these animals which I think people will find very emotional but also very revealing.

SheKnows: What does it mean to you to have your film presented by Disney and Disneynature?

Keith Scholey: Well it’s fantastic making it for Disneynature. First and foremost, they give us the opportunity to make the film and support us incredibly through it and actually allow us to make the film we wanted to make. The second thing is a lot of wildlife films are made, but very few of them ever really see the light of day. With Disney you will maybe see the light of day. I think the other fantastic thing is there’s also a real strong Earth Day conservation project, the savanna project, whereby they are donating part of the box office in the first week. The money will actually go straight back to help those animals.

SheKnows: How long was the filming of African Cats?

Keith Scholey: I guess it’s a three-year project. We were actually filming for over two years and then six months before and six months at the end putting it together. It’s been a three-year endeavor.

SheKnows: I’m just curious about while you were there, what was the local attitude for these great cats?

Keith Scholey: The interesting thing about where we made African Cats, it’s called the Masai Mara and it’s called a national reserve — which is not a national park because it is actually Masai land. They’re a fantastic tribe, the Masai people, who are the park’s people. They’ve been in that area for centuries. The park is actually run by the Masai and many of the people we worked with very closely are Masai. Any Masai growing up and a kid herding cattle and goats across the plains — they know all about lions [laughs]. They have always lived in harmony with the wild animals and a lot of their religions are about not picking a fight with the wild animals.

SheKnows: Having Samuel L. Jackson as your narrator is a huge coup. How did it come about? 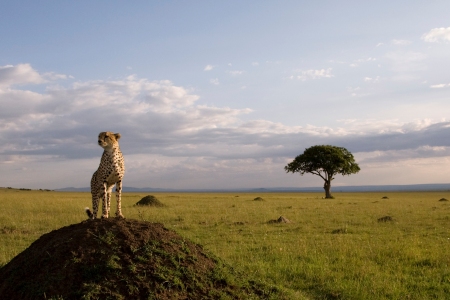 Keith Scholey: Well, obviously, we were very excited when Samuel agreed to make the film because he’s got a great voice. I had no idea the kind of job he was going to do. What I hadn’t actually experienced before, was a lot of the film he does very softly — very gently. He’s very emotional. You often see the big side of Samuel L. Jackson. You don’t often see the very soft and emotional side. He just brought huge emotion to it. He studied the movie and brought his own ideas about what he was going to bring to it. It was just so exciting when the words were coming out of his mouth. I’m looking at my colleagues at Disney, I was just thinking, “Wow!” This is far more than we ever expected. [Laughs] He made it his own and it was fantastic. I think the wonderful thing about filmmaking is you get so many talented people to end up bringing something different to it. The job of the director is like running an orchestra. You get these fantastic solo performers like Samuel Jackson bringing all that together — it’s perfect!

SheKnows: And having Jordin Sparks record the theme song?

Keith Scholey: [Laughs] That’s kind of a bonus. Again, she’s really fantastic. It’s a great song and she sings it beautifully but also whenever she talks about the film she’s so passionate about it.