Lindsay Lohan just lost another job! The actress has been dumped from a planned feature role in Gotti: Three Generations. 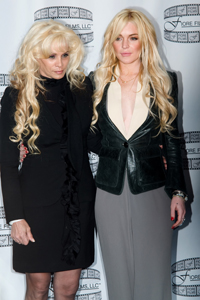 You’d think the management machine behind Lindsay Lohan would be bending over backwards to get her any kind of work right now, especially a featured role in a hot new movie. You’d think wrong.

Lindsay Lohan has been dropped from what was a shoe-in role as Victoria Gotti in the film Gotti: Three Generations because her people are impossible to deal with, according to producers.

“We are not talking any further about Lindsay playing Victoria,” producer Marc Fiore told People. “She is no longer being considered. The talks have stopped. We are going to meet with other people [for the role].”

Fiore was a little more candid with TMZ, saying, “It just didn’t work for me. I will only ride a merry-go-round with my kids.”

Sources say Lindsay Lohan’s management team was demanding a lot more money than she’s worth at this point, and making other ridiculous demands — but didn’t specify what those were.

Fiore says Lindsay may still have a chance, but she has to make the move herself.

“Maybe if Lindsay calls me up, we can talk about it,” he said.

How is this girl paying her large legal bills?