Tim Robbins is grieving the loss of his parents, Gil and Mary Robbins, after both passed away within the past two weeks. 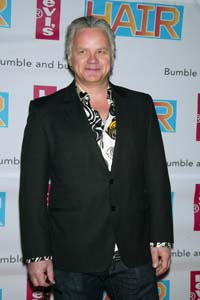 Actor and director Tim Robbins is grieving a horrible loss: Both of his parents passed away within 12 days of one another. Robbins’ father, Gil Robbins, died on April 5 after a battle with prostate cancer, according to the Los Angeles Times. His mother, Mary Robbins, died of a heart arrhythmia on Saturday, April 16.

The couple both passed away in their Esteban Cantu, Mexico, home after 59 years of marriage.

“He was very charming, open and funny,” Robbins told the L.A. Times after his father passed away. “He had a real strong moral center; he spoke up for what he believed in.”

“[She] had a calm and cheerful demeanor, a sharp wit, a gentle spirit and a generous and loving heart,” Robbins told the Associated Press.

Both Gil and Mary Robbins were musicians — Gil Robbins was even a member of the 1960s folk group the Highwaymen. Mary Robbins studied music at UCLA and later earned a degree in holistic nutrition. She spent time working at a clinic in Mexico. The couple leaves behind four children and four grandchildren.

So sad — looks like it is possible to die of a broken heart.