Reese Witherspoon has starred with Robert Pattinson once before. Of course, Pattinson’s part in Witherspoon’s Vanity Fair landed on the cutting room floor. In Water for Elephants, Pattinson is a full-fledged movie star acting opposite two Academy Award winners in Witherspoon and Christoph Waltz. 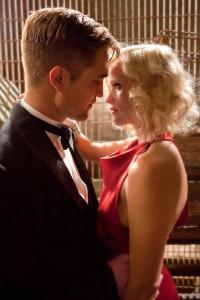 Reese Witherspoon sat down with us for an exclusive video interview at Santa Monica’s Fairmont Miramar Hotel and dished how she does it all, why she chose Water for Elephants as her latest project and also her opinions on the popular culture mainstay that has become Robert Pattinson.

Witherspoon is a newlywed and her glow was effervescent during our one-on-one. This is the fourth time we have sat down with Witherspoon and what else is clear is that her incredible acting abilities are only increasing with time. She may have won an Oscar for her role in Walk the Line, but since then, Witherspoon has played a variety of roles including comedy with Vince Vaughn in Four Christmases, a family film in Monsters vs. Aliens, romantic comedy with Owen Wilson and Paul Rudd in How Do You Know and she flexed her dramatic muscles once again in Rendition.

In Water for Elephants, Witherspoon portrays Marlena, the wife of Waltz’s circus king, August. She falls for Pattinson’s Jacob, setting off a series of events that threatens the Depression-era circus’ entire existence.

Water for Elephants is based on the best-selling novel by Sara Gruen which is adored by legions of fans. The arrival of the film on April 22 has been widely anticipated and could easily be called the most anticipated movie of the season.