The husband of Zsa Zsa Gabor says the actress is desperate to become a mother again in her waning days — and he is doing whatever he can to make it happen. 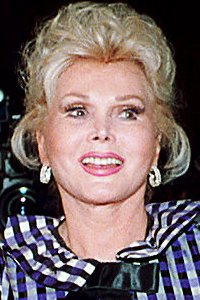 So Zsa Zsa Gabor is somewhere in her 90’s (even her husband gives varying ages) and has been on her deathbed for like a year now — the woman wants a baby, so a baby she shall have! That’s according to her husband, the ever-shady Prince Frederic von Anhalt, anyway.

The fake prince (he bought his title, not all that unusual in Europe) says that he and Zsa Zsa, who just had part of her leg amputated, will use his sperm and a surrogate to make his little meal ticket.

“I am so excited! I hope Zsa Zsa is going to hang around for awhile,” he told TMZ. “I want her to see and hold the baby’s hand. She will be a mother again at 95! It was her wish to have a boy.”

“My wife is excited, I’m excited and we’re going to go ahead with it,” he said, adding that he (meaning Zsa Zsa’s bank account) would be shelling out “close to $100,000” for the process.

The “prince” also said he was contacted by an old protege of Zsa Zsa’s who said the actress froze her eggs back in the 1960’s because she wanted a son but wasn’t married at the time. Problems with that theory: The technology to freeze eggs wasn’t available until the 1980’s, according to our research.

Tell us what you think — should people as old as Zsa Zsa Gabor and the prince be allowed to have a baby?