Jeff Bridges has landed a record deal with EMI’s Blue Note Records. The Crazy Heart Oscar-winner teamed up with Grammy winning pal T-Bone Burnett to make a rockin new album, due out this summer. This big Bridges’ news comes on the heels of Country Strong star Gwyneth Paltrow’s album deal. 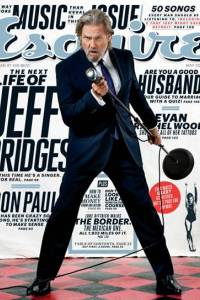 “I’m getting into my music,” Jeff Bridges posted on his website. “I’m working on an album with T-Bone Burnett. Look for it later this year on Blue Note Records.”

The 61-year-old Oscar winner, most recently seen in Tron: Legacy and beloved for his iconic role as The Big Lebowski‘s The Dude, is no stranger to music. In addition to performing five tracks on the Crazy Heart: Original Motion Picture Soundtrack, Bridges released the album Be Here Soon in February, 2000. He wrote six of the tracks on that album and called in his pal Michael McDonald for some harmonies.

This upcoming album, however, will mark Bridges’ major-label debut. He’s again written several of the tracks, while calling on more of his talented friends.

Bridges’ pal, multiple-Grammy Award-winning songwriter, musician and producer T-Bone Burnett is producing the album. Burnett is known for his work with Allison Krauss and Robert Plant, Elton John and Leon Russell and the Grammy-winning soundtracks to O Brother, Where Are Thou? and Walk the Line.

Bridges and Burnett first hooked up over 30 years ago when Kris Kristofferson introduced them during filming of 1980’s Heaven’s Gate. Burnett later got involved in song selection for The Big Lebowski and co-wrote several songs for Crazy Heart, including the Oscar winning track The Weary Kind.

Bridges and Burnett have recruited big names for the album, including guest vocalists Rosanne Cash, Sam Phillips and Benji Hughes.

More new on Bridge’s first big album is sure to break when he appears on the cover of Esquire Magazine‘s May music issue, which hits newsstands on April 26. 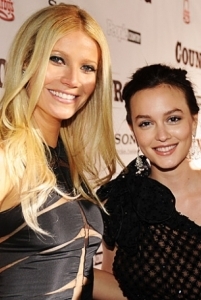 Bridges isn’t the first actor to parlay a big screen run as a musician into landing his own album.

Gwyneth Paltrow parlayed her Country Strong success into a guest gig on Glee, duets with Cee Lo Green and Matthew Morison and ultimately, her own album deal. Her crooning Country Strong costar Leighton Meester (Gossip Girl) dropped the debut album Love is a Drug in 2010.

Before Jamie Foxx’ turn in 2004’s Ray, the comedian had a healthy career on the big and small screen, with a few musical endeavors under his belt . The success of the Ray Charles biopic pushed Foxx’ music career to another level, while he’s still making movies like Rio.

Joaquin Phoenix could easily have turned his Walk the Line success into a music future. Instead, he made that odd mockumentary I’m Still Here: The Lost Year of Joaquin Phoenix, about his quest to become a rap star.