Let the catfights begin! SheKnows can exclusively reveal that the next Real Housewives will take place in Scottsdale… maybe.

According to a local Arizona magazine,  The Real Housewives of Scottsdale series is “signed and sealed.” Sources at Bravo denied the rumor, but locals are buzzing that filming will begin as early as this week. 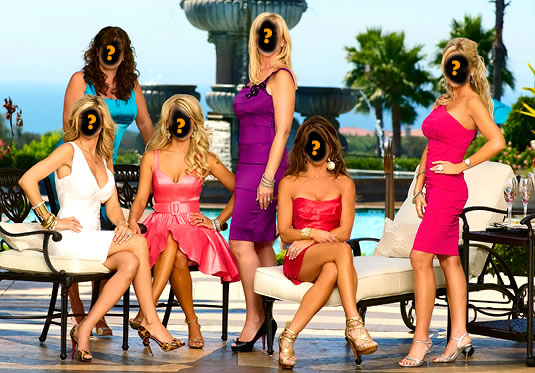 “We hear one of the first places they’ll be making an appearance is the VIP private opening party for Drybar at Scottsdale Quarter this Thursday evening,” Arizona Foothills reported.

Could Steve Nash’s ex-wife, Alejandra Nash, be one of the ladies featured in Bravo’s Real Housewives of Scottsdale? The Suns basketball star shocked fans by announcing plans to divorce his wife of five years just one day after she gave birth to son Matteo. Turns out the pair had separated months ago and that the newborn child is that of former Suns teammate Jason Richardson. Oh la-la!

Sounds like the perfect combination of baby daddy drama for Real Housewives, don’t you think? Other names suggested as cast possibilities for the Scottsdale series include Lisa Shapiro and Jennifer Croll.

We asked Arizona residents how they felt about the Real Housewives of Scottsdale news. “Oh, it’s on,” said one local. “Scottsdale is so ready for this. Spray tans, hair extensions, boob jobs… they don’t call us the LA wannabes for nothin’. Can’t wait!”

What do you think — is Scottsdale ready for a Real Housewives tornado to hit?

Read on for more Real Housewives