Doctor Who actress Elisabeth Sladen has died at the age of 63 after a battle with cancer.

Elisabeth Sladen has died at the age of 63, reports the BBC. The actress is best known for her role as the assistant Sarah Jane Smith in the BBC television show Doctor Who. She first was seen on Doctor Who in 1973, and worked with both Jon Pertwee and Tom Baker in the popular sci-fi series. 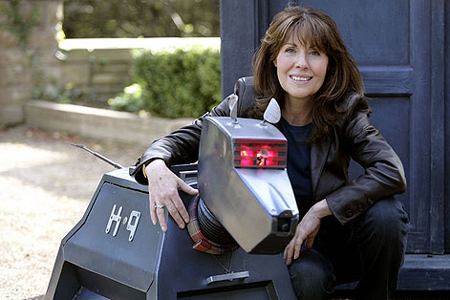 Sladen, who was born in Liverpool, was given her own spin-off series in 2007 called The Sarah Jane Adventures, in which she worked with David Tennant and Matt Smith.

Doctor Who Magazine made the announcement, tweeting: “With great sadness, DWM must report the loss of our beloved Sarah Jane, actress Elisabeth Sladen. The best of best friends. Too, too sad.”

Paul Cornell, writer of Doctor Who, has also made a statement over her death. “Very sorry to hear about Elisabeth Sladen, a great actor, special to everyone of my generation and a whole new one.”

Very few details are known at the time concerning her death, however, BBC is reporting that she was battling cancer and leaves behind a husband, actor Brian Miller, and her daughter Sadie.