Isla Fisher is in talks to play the other woman in Baz Luhrmann’s The Great Gatsby. If Fisher signs on as ill-fated Myrtle, she could end up having an affair with Ben Affleck, also said to be in negotiations to join the 3D adaptation of the F. Scott Fitzgerald novel. 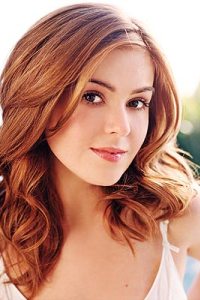 Baz Luhrmann’s 3D adaptation of The Great Gatsby is coming together! The film has already lined up a star-studded cast, with Leonardo DiCaprio playing the Great Jay Gatsby himself, Carey Mulligan playing Gatsby’s true love Daisy and Tobey Maguire playing narrator Nick Carraway, who is thrust into a world of excess when he rents a bungalow nestled among the manses of Long Island.

Now, Wedding Crashers funnywoman Isla Fisher is in talks to take on the role of Myrtle, according to THR.

This Fisher buzz comes on the heels of murmurings that Ben Affleck is eyeing the role of Tom Buchanan, the spoiled dilettante who is married to Daisy and romancing Myrtle. According to THR, however, scheduling could nip Affleck’s casting in the bud, which wouldn’t be bad news for Bradley Cooper, who made his interest in the role abundantly clear.

“He’s the best character in the book. He’s so complicated,” Cooper raved to the New York Times. “He’s xenophobic, he’s an alcoholic, but he also understands some profound stuff about class. Whoever plays it has to take a gentle hand, because it could so easily be stock, where he’s a rich jerk you don’t identify with at all.”

For those who somehow missed the F. Scott Fitzgerald novel, as well as the many big and small screen retellings, The Great Gatsby is a roaring 1920s tale of wealth, excess and adultery, as told by young Midwesterner Nick. The frivolous New York story turns tragic when Myrtle is killed in a hit and run accident and someone central to the story is behind the wheel.

Baz Luhrmann’s The Great Gatsby is set to start shooting in 3D in Australia this summer.