The royal wedding will be streaming live on YouTube. Yes, even the heir to an ancient throne and his bride are firmly entrenched in the modern age. 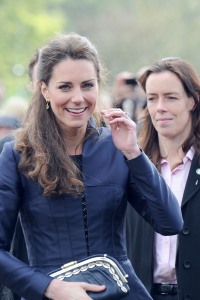 Does anyone else remember getting up super late to watch the wedding of Prince Charles and Lady Diana Spencer? My mom woke me up, pulled me downstairs and while I sat in my panda pajamas, I watched the beautiful Princess Diana walk down the aisle. I remember asking her how the future princess could turn around in that thing. I’m not sure I got what a big deal it was back then, but now, I’m so glad I saw it live.

I imagine many of you will record the royal wedding and watch it at your leisure. But if you’re out of the house, you might still be able to catch it live. YouTube just announced that it will be streaming the wedding of Prince William and Kate Middleton live. The royal extravaganza begins at 5 a.m. EST on Friday, April 29 and will follow “the wedding procession, marriage ceremony at Westminster Abbey and balcony kiss.” Does anyone else think it’s a little weird to schedule a kiss?

The video will be live on the Royal YouTube Channel.