Rumor has it that while one Teen Mom divorce is in the works another young mother is engaged! Maci Bookout and Kyle King are reportedly looking to make an official family for baby Bentley. 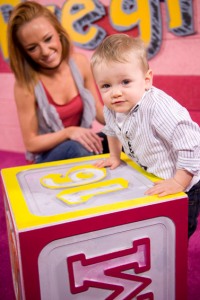 OK! magazine reports Teen Mom star Maci’s engagement news comes from a source described as a friend of the couple. “Maci and Kyle are engaged!” they squeal, noting that Maci was seen wearing a ring on her finger at the Teen Mom reunion special filmed on April 9.

One person not rushing to join in the congratulatory wishes is Ryan Edwards, Maci’s ex-boyfriend and father of two-year-old Bentley. “He got pissed because she didn’t have the respect to tell him in private,” the insider says, though a friend of Ryan’s says the drama was short-lived. “Ryan doesn’t care. He’s just glad she’s happy because it makes his life a lot easier.”

Are we glamorizing teen moms? >>

is TEEN MOM 2’s Leah Getting a DIVORCE?

Life is certainly not getting any easier for Teen Mom 2 stars Leah Messer and Corey Simms, who are divorcing after only six months of marriage amidst rumors of cheating and money problems. While fans of the show hoped the reports weren’t true, it seems the Teen Mom divorce is indeed happening.

Unfortunately, it looks like happily ever after won’t be happening any time soon for Maci, either. The Teen Mom Maci engagement reports were dealt a blow by the 19-year-old via her personal Twitter page. On April 16 she wrote, “I’m not engaged #fortherecord.”

In the meantime, fans hopeful for a fairytale ending for the girls continue to debate the appropriateness of the show. Do you think the Teen Mom series glamorizes teen pregnancy? Is being a part of the show hurting or helping these young reality stars?