American’s favorite Teenage Witch turned 35 — here’s what Melissa Joan Hart has to say about today’s teen stars and why she had it so much better! 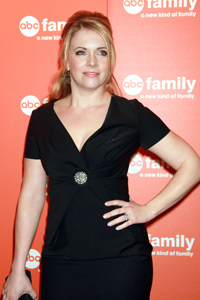 Sabrina the Teenage Witch is all grown up! Melissa Joan Hart turned 35 this week, and the married mother of two says times have changed so much for teen stars that she would never want to trade places with them.

She told Parade magazine, “I would not want to be a teenager in this day and age because of how much access the public has to people’s lives. There’s no mystery left, there’s no hiding anything.

“When you have Twitter and you can put things directly out to the world, it’s dangerous. Especially when you’re a teenager or in your early 20s and you think you’re invincible and you think everything you have to say is brilliant. It’s a tricky world right now.

“Miley Cyrus and all of them, they’ve got a lot to handle,” she said. “And we all go through it. We pretty much all went through a crazy period in our teens and 20s, but it wasn’t on record.”

Melissa Joan Hart can currently be seen in Melissa and Joey on ABC Family.