A bestselling author is facing allegations that he fabricated his book. Who should we believe?

New York Times bestselling memoir Three Cups of Tea is the charming tale of “the journey that led Mortenson from a failed 1993 attempt to climb Pakistan’s K2, the world’s second highest mountain, to successfully establish schools in some of the most remote regions of Afghanistan and Pakistan,” according to the book’s synopsis. 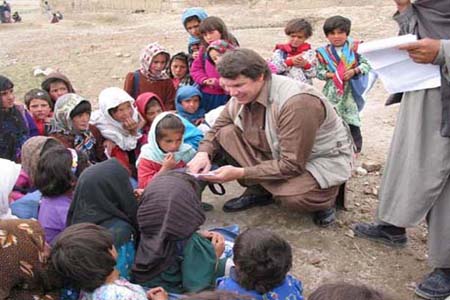 “By replacing guns with pencils, rhetoric with reading, Mortenson combines his unique background with his intimate knowledge of the third-world to promote peace with books, not bombs, and successfully bring education and hope to remote communities in central Asia. Three Cups of Tea is at once an unforgettable adventure and the inspiring true story of how one man really is changing the world — one school at a time.”

However, a new investigation by 60 Minutes alleges that Mortenson fabricated parts of the book.

“It’s a beautiful story and it’s a lie,” author Jon Krakauer told CBS. He was a supporter of Mortenson’s charities until he began to question the financial aspects of his charities.

“Let’s be clear. He has done a lot of good. He has helped thousands of students in Pakistan and Afghanistan,” Krakauer said. However, not everything adds up.

Now, Mortenson admitted in an interview with Outside magazine that parts of his story were streamlined, thanks to his co-author David Oliver Relin. 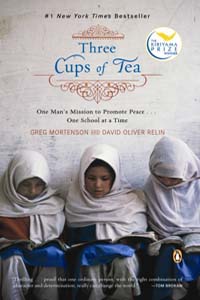 Mortenson said that Relin would combine two or three trips to the regions “into one trip.” Mortenson added, “I would squawk about it and be told it would all work out.”

“So you’re saying you were new to the process, busy, and you were naive about how nonfiction is written. And they were sometimes saying, ‘Let’s tell it this way, it’s better?'” the magazine asked in the interview.

“Yes, definitely,” Mortenson answered. “I was also overseas a lot, in Afghanistan — we had been really launching there since 2000. When I was there, David would read the manuscript to me over the phone, and so forth.”

Mortenson claimed to even raise questions about the book when he read the finished product.

“Yeah. Especially in regards to the timing. Like, you know, you went there three times, twice you went there in the fall, so let’s just make it one fall trip. At the end of the book, I took three trips up to northern Afghanistan, over about a year and a half. Those were synthesized into one trip,” Mortenson said.

Now, Mortenson’s publisher — Viking — said they will launch an intense investigation into the claims.

Mortenson is hardly the first author to be accused of fabrication in their works. Author James Frey was famously blasted by Oprah after fabrication rumors came to light. Frey later admitted that he took considerable artistic license with A Million Little Pieces.

Harvard University student Kaavya Viswanathan was heralded as the next big thing in literature when she came out with How Opal Mehta Got Kissed, Got Wild, and Got a Life in 2006. However, she later admitted she lifted passages from author Megan F. McCafferty’s novels Sloppy Firsts and Second Helpings.

How will the investigation work out for Mortenson and Three Cups of Tea? Not sure, but it’s not looking too good for him now.

Have you read Three Cups of Tea? Is Greg Mortenson’s story believable?