Water for Elephants is Robert Pattinson’s in-between Twilight movie role, but honestly serves as an actor’s coming out party. Pattinson rivets opposite Reese Witherspoon in Water for Elephants and sat down with us for an exclusive video interview to discuss the finer points of the film, working with Reese and also we get his exclusive comments on a certain franchise coming to a close soon.

Robert Pattinson is not a newbie when it comes to working with Reese Witherspoon. His role opposite the Academy Award winner in Water for Elephants is actually his second time working with Witherspoon. Pattinson played Witherspoon’s son in 2004’s Vanity Fair, only to see his part land on the cutting room floor. 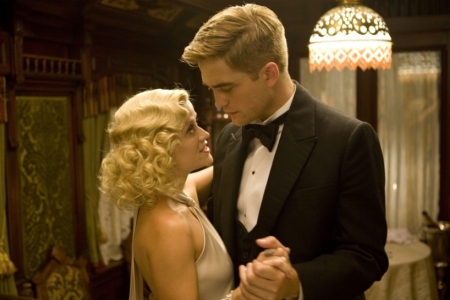 Now, Pattinson is a full blown movie star thanks to his turn in the Twilight Saga and has top billing right beside an Oscar winner for their adaptation of Sara Gruen’s stirring novel Water for Elephants.

Pattinson welcomed the challenge to break free of his Edward vampire persona, even if his Water for Elephants character is named Jacob. Yes, you read that right and the irony is not lost on the UK actor. Pattinson is ready to be taken seriously as an actor and his work on Water for Elephants should do nothing but put him on the Hollywood map as a thespian to watch as his career heats up. As Breaking Dawn debuts and he kisses Edward goodbye and says hello to the rest of his career, look for Pattinson to be a name we’re talking about for decades.