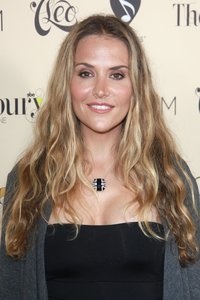 It wouldn’t be a new week if we didn’t have some Charlie Sheen-related news to report. The mother of his twin boys, Brooke Mueller, is back in rehab.

The report of Mueller entering back into rehab comes on the heels of news she wasn’t compliant in taking a drug test. The drug test is a mandatory part of her custody agreement with Charlie Sheen.

According to TMZ, Brooke Mueller is entering rehab again to cover her own skin against Charlie Sheen’s lawyers. Her previous stint in rehab was related to drug and alcohol problems.

The couple’s divorce became official in May and as of right now Mueller has custody of the couple’s young twins, Max and Bob. You might remember the young tikes were removed from Sheen’s home during the height of his media debacle.

The actress reportedly holds her hand out to $55,000 a month from Charlie Sheen. Good thing his My Violent Torpedo of Truth tour made strides. That’s a lot of cash per month.

What do you think of Brooke Mueller entering back into rehab because she failed to take a drug test? Do you think stars sometimes leave too early and might need a bit more time in there? Tell us, we want to know.