We know him best as swoon-worthy vampire Edward Cullen in Twilight, but fans everywhere will soon get to see R-Patz as a Depression-era orphan who falls for lovely Reese Witherspoon in Water For Elephants, in theaters this Friday. 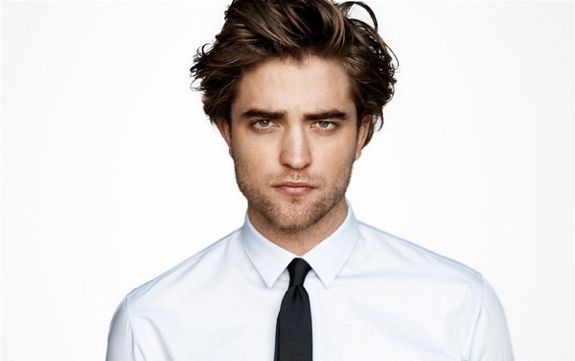 Why we love Robert Pattinson:

Those smoldering eyes, that sexy English accent, and that amazing, gravity-defying mop of hair… 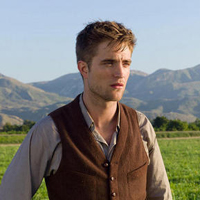 As chivalrous, protective vampire Edward Cullen, Pattinson inspired girls and women everywhere to dream of being Bella Swan for only one minute. A friend of ours described Edward as “part Mark Darcy, part James Dean, and part Romeo.” We know exactly what she means — and Pattinson was the only actor who could have brought the hunky character to life. 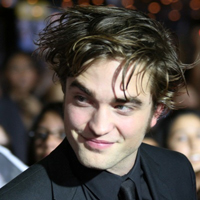 On The Daily Show back in March of last year, Pattinson was all too conscious of being labeled as a teenage vampire forever. He openly told Jon Stewart he was afraid of being a one-trick pony: “When you see your face everywhere all the time, you start to get fears of oversaturation…. If I decided not to be an actor and… do something else, everyone’s like, ‘No, you’re the guy from Twilight.'” Gotta love his ability to see the big picture.

Pattinson had his pick of any woman on the planet — or a succession of women, if he so chose — but he picked quirky, shy, brunette, potty-mouthed Kristen Stewart as a long-term girlfriend . She’s not only a strong personality, but an unconventional beauty — very different from the blond pop-tartlets that are ubiquitous in young Hollywood. He once told Harper’s Bazaar: “Kristen doesn’t take any slack. She sticks to her guns — and that’s difficult to do.” 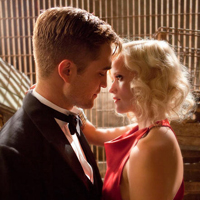 Oh, and one more thing that we have to mention: Reese Witherspoon dished on her movie makeout sessions with Pattinson in Water for Elephants, saying he had a “disgusting” cold and that he was “snorting and snotting through every second of it.” She went on to say: “I’m going to say it’s a little bit of a downer. I was a little disappointed. It wasn’t sexy.”

We have to say: Even if Pattinson had the flu, we’d gladly make out with him. Count your lucky stars, Reese!

Watch our interview with Robert Pattinson >> 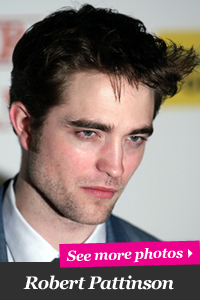