Viral wonder Rebecca Black will get the Glee treatment when the hit show features her song, Friday, on their upcoming prom episode. 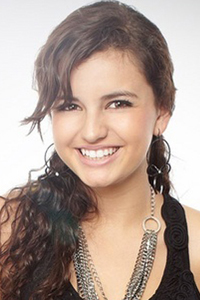 Just when you thought you would never have to hear that odious Rebecca Black song Friday ever again, Glee comes along and kills your dream. The hit show will feature the viral earworm on their prom episode!

Vulture has confirmed the rumor that the Rebecca Black song will be covered on Glee, and the show plans to give the song its own twist: It will be sung by three male cast members, Kevin McHale, Chord Overstreet and Mark Salling.

Returning guest star Jonathan Groff will not be involved.

The incredibly annoying, critically panned song and video have received over 100 million views on YouTube.

The question is: Why does Glee hate us?