Who are the worst celebrity tax offenders? Even though celebrities bring in millions of dollars a year and have the best accountants at their fingertips, they still somehow manage to get in trouble with the IRS. Check out our list of the celebrities that try to scam Uncle Sam and not pay their taxes. 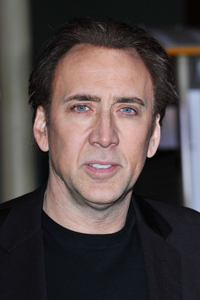 The list of celebrities that don’t pay their taxes is a long one. Although many of them blame their accountants or business managers, the IRS doesn’t like and doesn’t accept excuses and some have even done jail time for it! Check out our list of the worst celebrity tax offenders.

Nicolas Cage had massive wealth, including “15 palatial homes around the world, four yachts, a Gulfstream jet and millions of dollars in jewelry and art” — and owed the IRS massive amounts of money, to the tune of over $13 million! Gulp.

After putting all the blame on his financial manager, he said he is paying back Uncle Sam. “Over the course of my career I have paid at least $70 million in taxes. Unfortunately, due to a recent legal situation, another approximate $14 million is owed to the IRS, however, I am under new business management and am happy to say that I am current for 2009. All taxes will be paid including any to be determined state taxes.”

Ozzy and Sharon Osbourne may be from England, but they live and work in the US so must pay our taxes. A tax lien of $1.024 million was filed against the couple for back taxes not paid for 2008 and 2009. They have since paid the IRS back, and Sharon tweeted, “You can’t rely on anyone but yourself. You have to be on top of your own business affairs. My fault…lesson learned.”

Let’s hope they have taught this lesson to their daughter, Kelly Osbourne. A tax lien of $34,000 was just filed against her. No word yet if she has paid this back to the IRS.

Richard Hatch won $1 million on the reality show Survivor, yet somehow he thought the IRS wouldn’t notice that he didn’t pay taxes on that money. Hatch was sent to federal prison for several years and Hatch may be learning the toughest survival skills yet!

Joe Francis tried to scam the IRS by omitting $563,000 in interest income and taking more than $20 million fraudulent deductions — and it cost him almost one year in jail. 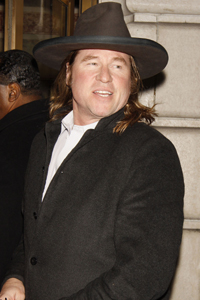 Blade actor Wesley Snipes not only failed to pay taxes on $13 million in income earned between 1999 and 2001, but he went to jail for three years for it! My bet is that Snipes pays his taxes on time now!

More celebrities that owe money to the IRS

The following celebrities also owed money to the IRS: