If what a girl wants is her freedom, Christina Aguilera has it. The pop star has finalized her divorce from record exec Jordan Bratman. 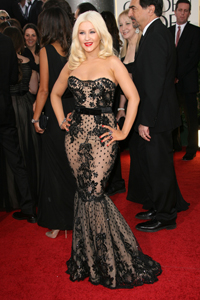 Christina Aguilera is a free woman today after her divorce from Jordan Bratman was finalized.

The singer announced her intention to divorce her husband of five years back in October, stating they had been separated for a month. She was seen stepping out with Burlesque set assistant Matthew Rutler almost immediately.

Aguilera and Bratman had worked out the financial side of things over the winter, helped along no doubt by the firm prenup the pair had in place. While the settlement has not been disclosed, it is doubtful that Bratman is crying over losing any of Aguilera’s fortune — he’s a highly successful music exec in his own right.

Christina told People that the decision to divorce was one of the hardest she has ever had to make, but had to do it for the sake of their two-year-old son Max.

“Things were so unhealthy and unhappy for both Jordan and me, I knew I had to end it,” said the singer. “I really didn’t want to hurt Jordan, and I felt torn about splitting our family up.”

“When you’re unhappy in your marriage, your children are the ones who suffer,” she says. “That’s the last thing I wanted for my son.”

Christina Aguilera is keeping herself busy on The Voice, premiering April 26 on NBC.