Donald Trump is gearing up to make an announcement about his run for president during the Celebrity Apprentice finale — but it might not be what you are expecting. Read on to find out why. 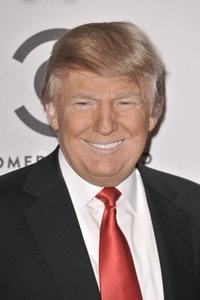 Everything in Hollywood comes at the right place and right time and a Donald Trump presidential announcement is no exception to the rule. But this announcement scheduled during the Celebrity Apprentice finale is not what you think.

“On the May 22 season finale of Celebrity Apprentice, Mr. Trump may announce the time and place of a press conference at which time he will make a statement as to whether or not he will run for president of the United States,” Donald Trump’s adviser, Michael Cohen, revealed in a statement.

The reasoning behind the announcement is because Donald Trump cannot announce his intent to run for president on live network television. Everything has to jive with NBC which is why the announcement about when the announcement will take place is still up in the air. We know, it’s all very confusing.

“I believe I can say I will be announcing my decision in a few days,” Donald Trump told the New York Times. “But before I did that I would get the approval of NBC.”

In true Trump style, he joked about getting the opinions of the final Celebrity Apprentice contestants to decide his presidential run.

“I might ask the two finalists if I should run for president,” he said. “Of course, if they’re intelligent they’ll have to say yes, since I’m about to fire one of them.”

Tune in to the May 22 Celebrity Apprentice finale and hear what Donald Trump has to say.