Taylor Swift has spent an astounding $1.4 million on an estate as a gift for her parents. Mom and Dad now have their very own mansion in Tennessee to call home.

What kind of house did Taylor Swift buy for her parents? A 5,000-square-foot, three-bedroom Nashville home built in the 1920s. The recently renovated property includes a blue stone terrace and a massive outdoor fireplace. 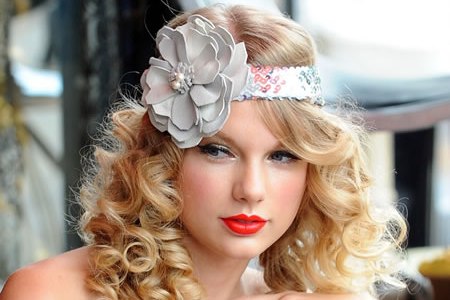 Taylor Swift’s parents, Andrea and Scott Swift, moved the whole family to Nashville in 2003 to support their daughter’s dreams. A friend of Taylor Swift tells Us Weekly, “It’s an incredible house. Taylor’s been visiting her parents there and she’s so excited for them.”

The 21-year-old singer also recently purchased a home for herself in Los Angeles, where she spends a good deal of time working. “She is in L.A. so much,” adds the friend. “She was paying a fortune in hotel charges!”

With so many horror stories of child stars falling out with their parents (anyone remember the drama when Macaulay Culkin became legally emancipated at age 14?), it’s heartwarming to hear a story with a happy ending. Don’t we all wish our children would grow up to buy us million dollar homes appreciate the hard work we put into them?

A round of applause for the Swift parents for somehow managing to raise their daughter right in the midst of the entertainment business!

If you had cash to spare, how would you show your appreciation for your own parents?

REad on for MORE TAYLOR SWIFT