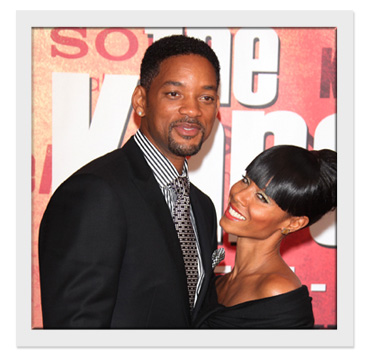 Though they seem eternally youthful, Will Smith and Jada Pinkett Smith have been married since 1997. They met in 1995 when Pinkett auditioned for a role on the show that gave Smith his start, The Fresh Prince of Bel-Air. Smith has become one of Hollywood’s most powerful leading men, enjoying a near-perfect box office winning streak with films such as Men in Black, Independence Day and I Robot. He has been nominated for two Academy awards and has won two Grammies. Pinkett Smith is an actress, singer — and mom of two of the newest power players in LaLa land: Willow (Whip My Hair) Smith and Karate Kid reboot star Jaden.