Keira Knightley is over it. The actress has moved on from her breakup and has been spotted with rocker James Righton! 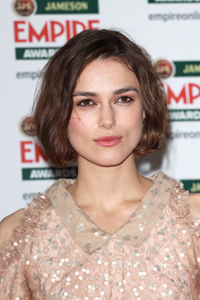 Keira Knightley seems to have moved on from her breakup with longtime boyfriend Rupert Friend. The Pirates of the Caribbean star was spotted smooching Klaxons keyboardist James Righton!

Keira Knightley and Rupert Friend broke up in December and the actress had been keeping a low profile ever since. But with spring comes romance, and for this 26-year-old beauty there is no exception. Knightley was spied smooching a British rock star in the park!

Who is the lucky musician in question? James Righton, who plays keyboards for the indie rock band the Klaxons. The pair was introduced by mutual pal Alexa Chung in March and they have been hot and heavy ever since.

Keira and Friend dated for five years when they broke up right before Christmas. They met in 2005 on the set of Pride and Prejudice. At the time, Keira’s father confirmed the news with the typical British stiff upper lip.

“Yes, they have broken up,” Will Knightley told the Sun. “But that’s the way things go, unfortunately. The only option is to get on with things.”

Keira seems to have gotten on with things quite nicely, don’t you think?