Alison Brie is living a dream. Brie has a hit show with Community and is part of the ensemble cast of the sure-to-be-a-hit Scream 4.

In Scream 4, Alison Brie portrays the publicist to the movie’s central character, Sidney. Brie spoke of the joys of working alongside Neve Campbell, who plays Sidney, as well as her time opposite David Arquette and Courteney Cox. (“They were so sweet.”) Brie also chimes in on the incredible opportunity that was being on a set led by legend Wes Craven, who started the Scream franchise in 1996. 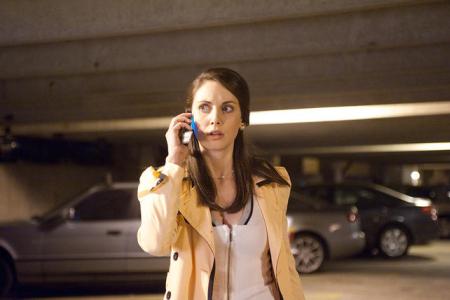 Brie is also having the time of her life starring with another terrific ensemble in Community. The “little show that could” is winning over viewers with each passing week and is seriously one of the funniest shows on TV. Having Joel McHale as your comic lead is always a great start for a comedy. Toss in the impeccable cast of Brie and her cohorts, including the icon Chevy Chase, and audiences get one of TV’s smartest shows.

SheKnows: What does it mean to you personally as an actress to be part of the Scream franchise?

Alison Brie: It’s very exciting for me. I was a huge Scream fan when I was younger. I think I’ve seen the original 100 times — sounds like a lot but I don’t think I’m exaggerating. Really there are so many amazing actors. I was talking with Marley Shelton about this last night after the premiere and we were just listing all the different people that have been in the films like Emily Mortimer, Liev Schreiber and Drew Barrymore — all these people, great actors who have had interesting careers. So, it’s a great start for me, my first big budget movie and also have me come full circle back to this franchise that I was such a fan of when I was younger.

SheKnows: Seeing that you were a big fan of the franchise, what were your emotions when you first met Wes Craven? 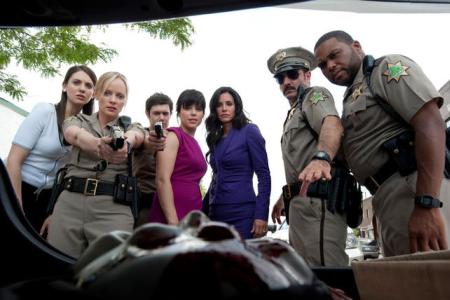 Alison Brie: I was a little nervous to meet him because he’s such an icon. I’ve watched his movies all my life. They’re so amazing. So, I was definitely a little nervous, but that of course went away immediately because he’s just so darling and very soft-spoken. He’s really an unintimidating presence, so almost immediately I felt at ease with him. And he’s really quite funny though it’s kind of the first thing that struck me about him was he has such a great sense of humor. When you watch Scream movies, that really comes across because not only does he do the horror so well but the comedy is done in such a way that it’s really great. It was wonderful to meet him and right away I thought, “I can laugh at his little jokes if I can hear them.”

SheKnows: Without, of course, giving away too much, can you tell us a little bit about your character and the role you play in this?

Alison Brie: My character is Sidney Prescott’s publicist. So, I got to work with Neve Campbell mostly, as well as with Courteney and with David. That was exciting! Just to be in this franchise is incredible — and to play a character that is a bit more bitchy than characters I usually play.

SheKnows: You got to work alongside David Arquette and Courteney Cox who are obviously together onscreen and were not so much off screen. How did you find those two on set?

Alison Brie: It was very cool. Coming from TV it felt very familiar to me because it felt like a TV show. It’s like when you come onto a show and people have worked together for years and it was the same with everyone across the board, obviously with Courteney and David. Also, most of the crew has worked on all four movies and it’s just so comfortable. Everyone was at ease in their craft and knew their characters and knew what they were doing and it just made it easy and fun. 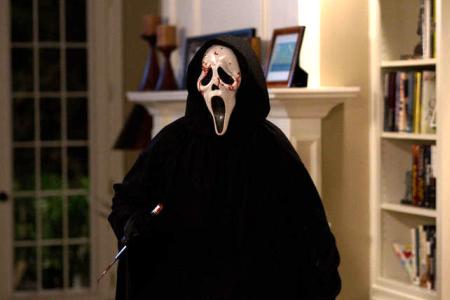 SheKnows: And also you guys filmed in Michigan — is that correct?

Alison Brie: Yes, in Ann Arbor and all over Michigan.

SheKnows: It gave the sense that it was almost like a summer camp for you all with filming in the summer in Michigan. Is that kind of safe to say?

Alison Brie: Yeah, it was definitely that way — although, we had to go back to Michigan in February to shoot a little extra piece of a scene. It was a horrible winter. I was so glad that it was added, but it was freezing [laughs]!

SheKnows: Last night was the Scream 4 premiere. You all worked so hard on the movie. How is it to get back together with the cast to celebrate what you have accomplished?

Alison Brie: It was so exciting. I think everybody was ready to celebrate. I couldn’t believe the amount of fans that came out to just stand across the street from the premiere just to be in close proximity to the film. It’s very rewarding. There were so many people with camera phones taking video and photos. It’s a new thing for me [laughs]. I loved that. I love how into this franchise the fans get. Even while we were shooting it, fans would come out in droves and stand across the street. Everybody put a lot of work into this film and it’s so cool to see all the people that are there and everybody’s reactions to the movie.

SheKnows: Lastly, I wanted to ask about Community and talk about the little show that could. How are things on the set, especially since the show is really taking off? 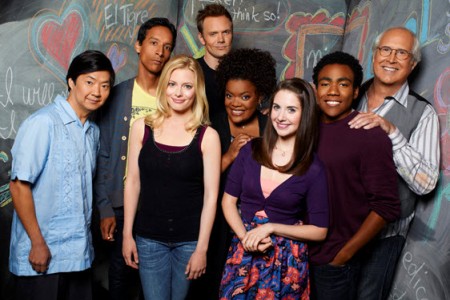 Alison Brie: I agree with you saying the little show that could! I think that’s how we all kind of feel about it [laughs]. We’re all just still reeling and excited that we got a third season. Talk about summer camp and like a family. We work crazy long hours and there’s just nobody that I’d rather be with for that long. We really have a tight crew and (creator) Dan Harmon is such a genius. I feel like we’re doing such great comedy. It’s well written with such integrity that it makes it even more fulfilling. We’re all kind of like little children. I think my maturity level drops about 10 to 15 years or something on the set [laughs].