Justin Bieber reportedly refuses a meeting with the Israeli prime minister after a disagreement. What sort of shenanigans went down? 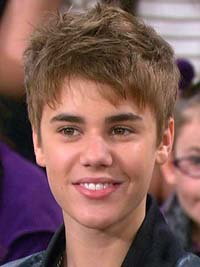 Justin Bieber just isn’t having that great of a time in Israel. Just a day after tweeting his anger toward paparazzi comes word that Israeli Prime Minister Benjamin Netanyahu won’t be meeting with the tween superstar after all.

Why? Well, the reason depends on which side you’re asking. Sources close to the situation said that Bieber turned down the meeting when Netanyahu suggested bringing in kids affected by the recent Gaza bombings.

Not so, says a Bieber spokesman.

“Justin welcomes the chance to meet with kids facing difficult circumstances, regardless of their background, and in fact, he had already invited children from the Sderot area to join the 25,000-plus other fans at his concert in Tel Aviv on Thursday night,” the spokesman told the Jerusalem publication JTA.

Bieber has taken his frustrations out on his communication method of choice, Twitter.

“I want to see this country and all the places ive (sic) dreamed of and whether its the paps or being pulled into politics its been frustrating,” Bieber wrote Tuesday.

“Patience is a virtue.”