Ashton Kutcher and Demi Moore are coming under fire for a series of anti-sex slavery PSAs that critics say dumb down the issue. 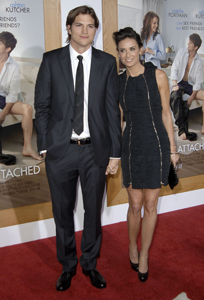 Ashton Kutcher and Demi Moore have long been vocal opponents of child sex slavery and thought they would do something good by putting together a series of PSAs to raise public awareness of the issue. That plan seems to have backfired as critics say the piece is too fluffy, and the humor dumbs down an important issue.

The ads are meant to be a cute, relatable way to drive home the point that prostitution is just another form of sex slavery (is there a cute way to do that?), but those working in the trenches of the movement for years fail to see the humor.

“This is what happens when celebrities do an issue divorced from the movement,” Nora Ramos, executive director of the Coalition Against Trafficking in Women, told FOX411.com. “Once you choose an issue and don’t do it in collaboration with people who have been doing this for a long time, this is what you end up with. There is a general dumbing down that is going on and this is an example of dumbing down a social justice movement with the narrowest message possible.”

Sean Penn, Bradley Cooper and Justin Timberlake also filmed spots for the campaign and can be seen on the group’s YouTube page.