The past couple of years have been more than stressful for Catherine Zeta-Jones. She was constantly at her husband Michael Douglas’ side as he battled cancer. Now he’s in remission and Zeta-Jones is seeking treatment for her stress and bipolar disorder. 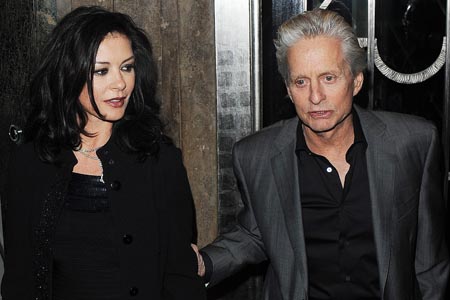 “After dealing with the stress of the past year, Catherine made the decision to check in to a mental health facility for a brief stay to treat her bipolar II disorder,” her rep said in a statement. “She’s feeling great and looking forward to starting work this week on her two upcoming films.”

Zeta-Jones, 41, spent five days in an undisclosed treatment center, according to People.

“There’s no question it’s been a stressful year,” a friend told the magazine. “Catherine has had to deal with Michael’s illness and that’s been hard. She went in for a few days because she’s about to start working, and wanted to make sure she’s in top form, which she is.”

We’re betting Douglas, 66, is taking care of his wife, just like she did for him. We think it’s great that she’s getting help for her illness — she needs to take care of herself too!

Are you surprised that Catherine Zeta-Jones is in treatment for bipolar disorder?