New photos show that Britney Spears may have used a body double for her Till the World Ends video. Check out the photos of rumored body double, Tiana Brown, and tell us what you think!

Britney Spears is known for her hot dance moves as much as her fun music — so some fans may be disappointed to know that Britney might have used a body double in her music video for Till the World Ends. Check out the photos of the Britney imposter below: 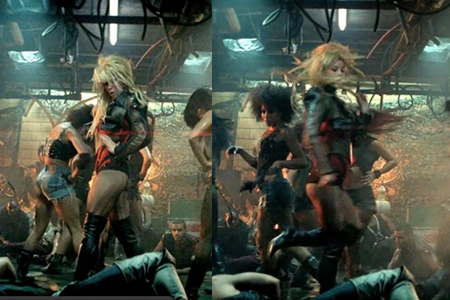 One source (who may have a little too much time on their hands) went through the Till the World Ends music video frame-by-frame and caught some photos showing that Britney may have used a body double. The dancer is wearing the same black leather outfit and has the same long blond hair, but her face is not Britney’s.

Who is this Britney body double? She is thought to be a backup dancer and the choreographer’s assistant named Tiana Brown (see photo, below).

Even though Tiana is wearing a blonde wig, the scenes were reportedly later “digitally edited” so they look even more like Britney. 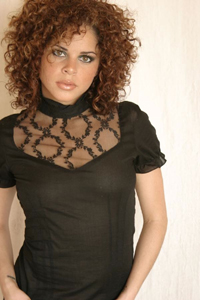 Britney Spears was also accused of using a body double for herHold It Against Me music video, with dance double Allison Kyler filling in.

The 29-year-old singer was so upset that the director, Jonas Akerlund, wanted to use a body double that she left the set in tears.

Her camp made a statement to TMZ saying that the Hold It Against Me video was all Britney.

“The accusations could not be further from the truth. Britney worked extremely hard on this video and rehearsed for six weeks prior to shooting. Brit and Jonas got along great. Fans will immediately see how inaccurate these claims are once they see the video.”

No word yet from Britney’s camp on Till the World Ends, but watch the video and tell us what you think:

Is it Britney Spears — or a body double? Do you even care if it is Britney dancing?

Britney Spears in Till the World Ends: