Sure, the Scream team is back in Scream 4 including Neve Campbell, David Arquette and Courteney Cox — but the true star of the latest chapter in the Scream franchise is the new blood led by Hayden Panettiere.

SheKnows saw the film last night and cannot divulge too much until our review (on April 15), but know this: There is a breakout star of Scream 4 and her name is Hayden Panettiere. 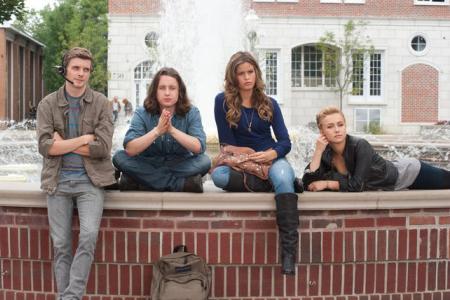 It was fantastic to see Neve Campbell, David Arquette and Courteney Cox join forces once again to try to stop another Ghostface killer. The story picks up ten years after Scream 3 and all of our principals are back in Campbell’s hometown to celebrate the release of her character’s new book. Cox is married to Arquette (onscreen people!) and they are settled into small town bliss. Then, the killings start again.

Panettiere sizzles in every scene. She dove into the franchise in Scream 4 with full guns blazing. Her character is equally delightful as she is independent and feisty. Joining her as part of the young blood (sorry, bad pun) are Emma Roberts, Alison Brie (The Community star blows doors as Campbell’s devilish onscreen assistant), Kristen Bell and Anna Paquin.

Stay with SheKnows as we roll out all things Scream 4 in the upcoming days. Don’t miss our review, and also our exclusive interview with Alison Brie on April 14 that takes our readers inside the world of Scream 4.

So, what’s your favorite scary movie?