Weeks before her wedding to Prince William, Kate Middleton was confirmed by the Church of England. 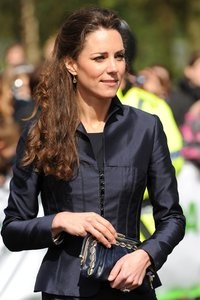 The countdown is on to Prince William and Kate Middleton’s April 29 wedding and with all eyes on the bride, she gave us one more thing to talk about — Kate Middleton was confirmed into the Church of England.

According to UsMagazine.com via a St. James Palace spokesman: “Catherine Middleton was confirmed by the Bishop of London at a private service on March 10 at St. James’s Palace attended by her family.”

The Daily Express is reporting that her parents and siblings did attend the blessed event of the bride-to-be.

With her wedding to Prince William looming, the palace rep explained, “Catherine, who was already baptized, decided to be confirmed as part of her marriage preparations.”

Kate Middleton is now a proud “full member” of the Church of England. Prince William will eventually serve as King of England and become the Church’s Supreme Governor.

A source told the Daily Express, “This is a matter of personal choice. It’s something she’s been thinking about. It was a decision she came to after spending time with the Bishop of London, preparing for the wedding.”

What do you think of Kate Middleton’s last minute confirmation into the Church of England? Are you ready for the royal wedding?