The 2011 Webby Awards nominees have been announced and let’s just say there are a few familiar faces including the New York Times — who leads the pack — and the Old Spice guy, Isaiah Mustafa.

Television has the Emmy Awards, film has the Academy Awards and the Internet has the Webby Awards. The Webby Awards span over 70 Internet categories and leading the honors for this year’s best is the New York Times with 18 nods. 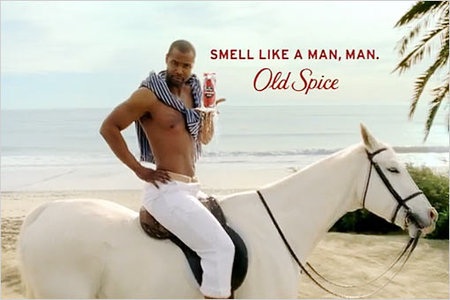 There’s also a familiar pop culture staple that many just love to giggle at — the Old Spice guy, Isaiah Mustafa! Who wouldn’t want to see the Old Spice guy ride in on his horse if his name is announced as a Webby Awards winner? It would be pretty epic!

Justin Bieber was included in this year’s nominees for his part in a FunnyorDie.com video while the mobile phone game Angry Birds took a nod for the gaming community.

According to the executive director of the Webby Awards, “If you want to check the pulse of popular culture, look no further than this year’s Webby Awards nominees. Over the past year, the nominees have dominated conversation, entertained us, changed how we work and play, and fueled our imaginations.”

The 15th annual Webby Awards winners will be announced on May 3 via the Internet — no shock there — and a ceremony will be held in New York on June 15.