Giuliana Rancic has been through a lot in her effort to have a baby with her husband, the original Donald Trump Apprentice, Bill Rancic. Their efforts have been documented in their hit Style show, Bill and Giuliana. 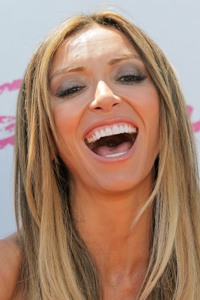 Giuliana Rancic has phoned SheKnows for an exclusive interview about the third season of her hit show, working for E! and their wildly successful Fashion Police program as well as the work she is doing with Excedrin in their effort to rid Americans of headaches.

Rancic partnered with the company to solicit contributions from average Americans as to their biggest headache and will choose the winners and provide them with a prize pack that rids them of the headache! Rancic dishes what her biggest headache is, and it might surprise you.

Rocking with Rancic & the Fashion Police!

SheKnows: So, tell us about Fashion Police. Are there ever any moments where you feel like maybe even Joan Rivers has said something a little too much?

Giuliana Rancic: There are definitely head-in-the-hands moments where I’m saying, “Oh my God.” [Laughs] I’m shaking my head. “Oh, no. She didn’t just do that.” But at the end of the day, here’s the thing, Joan Rivers has been around forever and she’s paved the way for female comedians and she’s one of the originals. I think she can get away with anything. She can say anything about me and I would just be honored that she was talking about me. As far as other people in the cast (Kelly Osbourne, George Kotsiopoulos), we try to focus on the fashion because we really can’t get away with it. I think we can go as far as we want when it comes to fashion because at the end of the day, it’s just fashion. It’s meant to be fun and if your feelings are hurt over something we said about your hemline, then you probably need a little more going on in your life. Really…that’s going to upset you? If someone talks about my worst outfit, who cares? I think it’s funny. I think if you work in this business you have to have a thick skin.

SheKnows: A lot of people felt that with the birth of the super-stylist, shows like Fashion Police would be obsolete. But, celebrities are still wearing things that make us go, “What?” Does it surprise you that there are still people making fashion errors?

Giuliana Rancic: You know it’s funny because sometimes it’s the stylist that’s making the errors. I think that even with style people, they are still prone to getting on the worst dressed list. There will always be people wanting to get on fashion lists [laughs]. To be a real fashion person, you want to be on the best dressed list as well as the worst dressed list because it means you’re taking chances.

SheKnows: Tell me what the latest is with your show, Bill and Giuliana. Is it coming back? 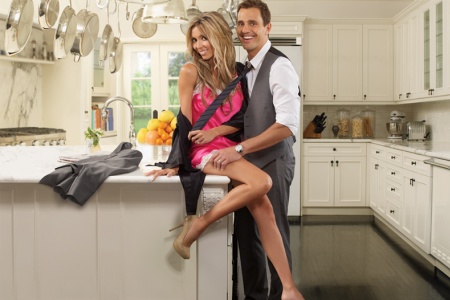 Giuliana Rancic: As we speak, we were picked up for a fourth season! We’re opening in July on Style which is exciting. It’s all about the year of fun. No more baby talk. We’re not going to have a baby format. We are having a year of fun and seeing where that takes us.

SheKnows: You mentioned the distance and its difficulties with a marriage. Could you share a couple of secrets on how you keep it going?

Giuliana Rancic: You know, in essence we’re performers. We’re best friends and we never lose sight of that. I think that a lot of people who succeed in marriage are best friends forever. We really look at each other as best friends and we do everything together. We work out together, we don’t really have separate hobbies, which are the downfall of a lot of marriages. We find things that we both like to do. We have the same drive and the same goals. I think that’s really important. Couples need to sit down and make goals financially, professionally, personally and be on the same page. They need to celebrate the goals together. It’s like a road map to your marriage. Where do we want to be in five years? Where do we want to be in ten years? How much money do we need to retire? What will make us happy? Where do we want to live eventually? I think that when you make goals, the future is a little brighter in the sense that we’re working towards something together. Then, you realize we’re a team. We’re in this together and we’re going to reach these goals…and it all works out.

SheKnows: I wanted to ask also what it was about the Excedrin campaign to get rid of America’s headaches that you wanted to be a part of it. And also, what’s the biggest headache for you?

Giuliana Rancic: I think it has to be the fact that my husband lives 2,000 miles away. I struggle with my personal life along with all my duties at work. I get pulled in 8,000 different directions a day. That just gives me the biggest headache possible. That’s gotta be it. I think a lot of people can relate too, although life appears easier than ever for all of us, the truth is we’re being pulled in millions of different directions. More than ever people are having headaches and just trying to deal with it.

SheKnows: What was it about this program that appealed to you?

Giuliana Rancic: It’s really cool because the prize is very original. What happens is you go to facebook.com/Excedrin and you just tell us, what’s your headache? We’re going to customize a prize for you up to $150,000 in value which is huge. For instance, if one of the things is you carpool every day and you have some road rage from always being in traffic, maybe what we do is get you a chauffeur or someone to drive you. For some it’s a nanny. Whatever it is, it’s customized to you to get rid of that headache. 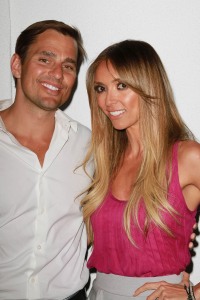 SheKnows: You do such a wonderful job when you work the red carpet. We’ve been on a few red carpets ourselves and you can prepare all you want but there’s so much going on and you have to think on your feet. Have you always had that knack? It’s a role that you handle so well and seems to be your attitude in life as well.

Giuliana Rancic: Ah, thanks! We have fun with it. That’s what I do with our relationship and just life in general. As long as I’m healthy and my family is healthy, then really nothing else matters. Everything is gravy. I just enjoy life and I really don’t sweat the small stuff. Even when Bill and I fight, I’ll interrupt a fight and I’ll go, “Listen, we’re going to make up.” Let’s just go have dinner and have some fun. We’re here for such a short time — all of us — and you’ve just got to enjoy it. Don’t sweat the small stuff.