Randy Quaid wants to join up with Charlie Sheen on his tour stop in Vancouver. Is Sheen down with the idea? 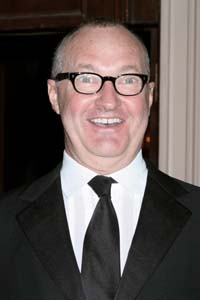 We all know Randy Quaid is a bit, well, off — but you know it’s bad when you’re too crazy for Charlie Sheen! Reportedly, Quaid asked Sheen if he could tag along on the My Violent Torpedo of Truth tour — and Sheen said no.

Apparently Quaid’s record label — yes, his record label — reached out to Sheen’s Live Nation promoters to ask if Quaid could open Sheen’s tour stop in Vancouver on May 2. The pair has acted together in a few movies, including Major League II.

That’s not all — Quaid wants Sheen to sing backup for him on his song Star Whackers, affectionately named for the group of people Quaid thinks is out to get him.

Quaid’s camp said there’s interest from Live Nation, but that appears to be false. Sheen’s rep assured Gossip Cop that there was some “outreach,” but that the tour is “not planning on adding Randy to the show or any opening act.”

Plus, we’re not sure My Violent Torpedo of Truth is even going to make it to Vancouver. We really don’t think Sheen’s ego can take the abuse.

Would you watch a Randy Quaid and Charlie Sheen comedy performance?