The May issue of Allure magazine showcases four celebrities in the buff, talking about their body confidence issues. However, looking at their fab photos, they shouldn’t have many complaints.

Lauren Conrad graces the cover of the magazine and talks about her body confidence issues but sidesteps the nude photos. “If I’m shopping and I see paparazzi, my bag goes directly to my thighs,” she says of her body image. 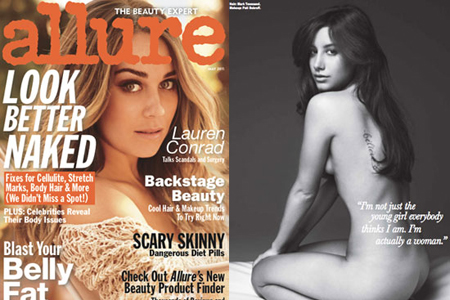 Ashley Tisdale (pictured above, right) shows all (including her “believe” tattoo) and says, “I’m 25, almost 26, but people think of me as much younger because I look young. Being in this shoot was me saying, ‘I’m not just the young girl everybody thinks I am. I’m actually a woman.'” 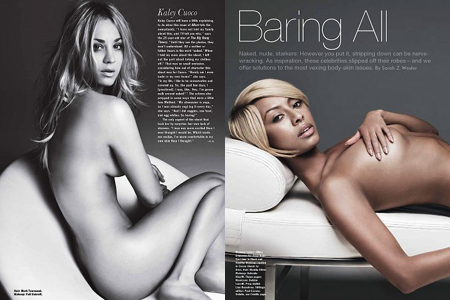 The Big Bang Theory’s Kaley Cuoco (pictured above, left) confesses she likes being naked. “I was way more excited than I ever thought I would be. Which made me realize, I’m more comfortable in my own skin than I thought.”

Singer Keri Hilson (pictured above, right) tells Allure magazine, “We do a lot of things to seek validation: I have to get more expensive handbags or fake lashes or fake boobs. This shoot was about dropping all that. It’s so empowering to embrace my insecurities.” 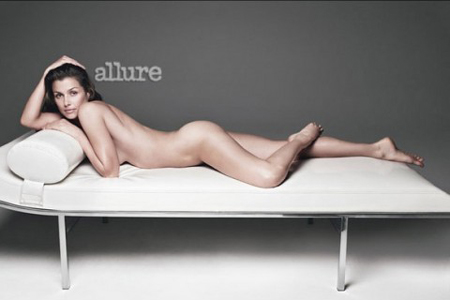