The operation of the Witness Protection Program (or WITSEC – Witness Security Program) is one of this nation’s most heavily guarded secrets. You’d have better luck getting into Area 51 or getting a straight answer on Cher’s real age than getting any solid information on WITSEC. Still, we were able to scrounge up a few juicy facts. It’s a good thing we know some people who know some people who buried some people in concrete shoes and then squealed to the Feds… 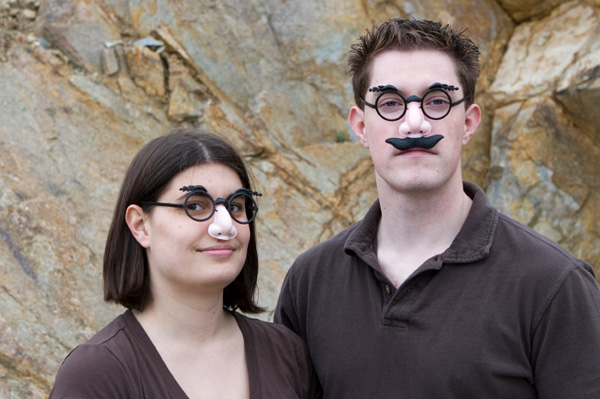 The “Godfather” of WITSEC

Gerald Shur created and ran the program for 34 years, during which time his “family” grew to 6,416 witnesses and 14,468 extended family members, friends and associates of witnesses. Think about THAT the next time you complain about shoes for your kids! Can you imagine all the birthday parties, weddings, funerals, reunions and bar mitzvahs to attend? And you think your family is dysfunctional at the holidays? Sure, Aunt Ethel gets on everyone’s nerves with her tacky gifts and unsolicited opinions, but at least you don’t have to wear a bulletproof vest to dinner!

Above and beyond the call of duty

WITSEC founder Gerald Shur once talked a plastic surgeon into giving a protected witness’ wife breast augmentation to make the witness happy. So you see, having your physical appearance altered once you are in WITSEC is a myth. Having your spouse’s appearance altered is, however, accepted and encouraged.

The other two are honing pigeons and decoding rings. Actually the other two are wire-taps and the Racketeer-Influenced and Corrupt Organization Act, but how sexy is that? Give us elaborate disguises and cloak and dagger plots any day.

WITSEC is shrouded in controversy

Some see it as a highly effective way to convict the nation’s biggest thugs. Others view it as a shady way for lesser, but still dangerous, criminals to lie their way into a cushy jail sentence at the expense of the taxpayer. So a few guys who should be locked up for life get a three year sentence that includes steak dinners, limitless smokes and conjugal visits? Like it or lump it, the program has fostered a conviction rate of 89%. Contrary to popular belief, not all witnesses are criminals. Some folks are just a stunning example of being “in the wrong place at the wrong time.” Others didn’t listen when Mom said, “Choose your friends wisely.”

WITSEC participants are encouraged to keep their first name

This is in case a witness stumbles when doing things like signing a check. Also, people tend to get suspicious when they call out your name and you don’t respond, because you’ve been answering to something else for the last 30 years.

The information is out there, but you have to dig. Books like WITSEC – Inside the Federal Witness Protection Program by Pete Earley (where we found much of this info) read like a Hollywood movie. Season 4 of USA Network’s In Plain Sight, a series based on the inner workings of WITSEC, premiers April 25. If all the secrecy is, uh, killing you but you’re too lazy to do the research, you could just witness a brutal crime and live a first-hand account.