Jack Bauer fans prepare yourself — the 24 movie is a go! 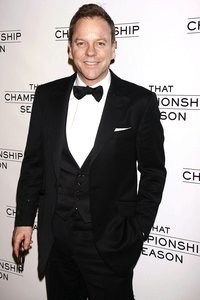 Fans of the popular Fox TV series 24 have long wondered if they’d ever get to see Kiefer Sutherland’s character Jack Bauer on the big screen. The wait is finally over — it’s happening!

The 24 movie has been stewing in a pot for quite a while, but according to Brian Grazer, it has an anticipated release date for sometime in 2012!

Brian Grazer recently tweeted, “Got off the phone [with] Keifer [sic] yesterday and we are very excited about producing the 24 movie for next year.”

For fans that have gotten tired of waiting, this is fantastic news! But we’re sure they’re being cautiously optimistic at this point.

Kiefer Sutherland knows how patient his fans have been and recently told the ladies of The View that the movie is “the little engine that could.”

Kiefer Sutherland has kept busy by starring in the web series The Confession and by taking a spin on Broadway. He can currently be seen in That Championship Season.

The original 24 series on Fox was produced by Brian Grazer’s production company with Ron Howard, Imagine Entertainment. The 24 movie lost steam in December when 20th Century Fox decided not to go forward with the script. The movie, however, stayed in development.

What do you think of the 24 movie news? Are you excited to see Jack Bauer kick ass?

29 mins ago
by Alyssa K. Davis