Tori Spelling and Dean McDermott dropped some big news — they’re having a baby! The couple is expecting their third child. 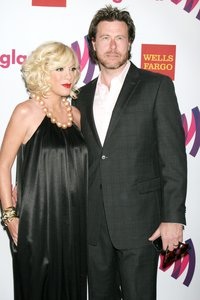 Tori Spelling and husband Dean McDermott have always been the family types and now their family of four is turning into a family of five. The famous couple, with a knack for turning their lives into reality show gold, is gearing up for baby number three.

Thirty-seven-year-old Tori Spelling announced the big baby news via her Twitter page. “I know there’s been a lot of speculation, so I wanted everyone to hear from me… it’s official… Dean & I are PREGNANT!”

We can only hope the pregnancy will be part of some colorful reality show the duo will star in, although fitting another project into Tori Spelling’s growing empire might be difficult. Spelling and Dean McDermott are already hitting the circuits promoting their Oxygen show, sTORIbook Weddings.

Spelling and Dean McDermott recently spoke about their desire to have more kids while in New York discussing the show. Little did we know she was concealing her baby bump at the time, however, her choice in beautiful flowing frocks might have been a sly sign.

Tori Spelling loves being a mom and told Us magazine in August, “It’s challenging, but every second is amazing, I’m passionate about everything in my life. Obviously my family and my kids are my priority. I want to be that stay-at-home mom, but I want to build an empire at the same time.”

Congrats go out to Tori Spelling and Dean McDermott!