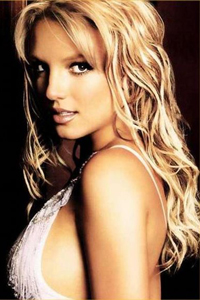 Take two of the hottest pop stars, team them up and you get one hot remix! Rihanna’s hit song S&M just got a dose of Britney Spears in their hot new remix.

How did the collaboration happen? Rihanna told Z-100 radio in New York that it was all due to the fans.

“I asked my fans last week who they wanted me to collaborate with, and Britney was one of the most popular names,” she said.

“It’s very strange because Britney never does features,” Rihanna continued. “It was really amazing that she really wanted to be part of this song. She really liked the song to begin with, but it was a different story when she had to sing it, and she really wanted to be a part of it. So it made it really, really special, because you never see two pop female artists doing songs together anymore. Just call us ‘R&B.'”

You can hear Britney singing throughout the track and she gets her own solo verse on the remix.

The two pop stars hinted about what was to come last week.

“@britneyspears one of the biggest worldwide popstars! U gangsta #EPIC,” Rihanna tweeted.

“You ain’t so bad yourself honey,” Spears tweeted back.

Listen to the song below and tell us what you think! We are crossing our fingers that a music video of the S&M remix starring Rihanna and Britney Spears is in the works!