Glee and Modern Family represented big at the Los Angeles Gay & Lesbian Alliance Against Defamation Media Awards on April 10. The comedies were both honored in a tie for Outstanding Comedy Series. Wouldn’t it be wonderful if all awards worked that way? 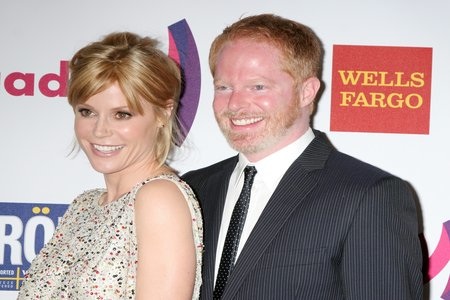 Glee’s breakout star Chris Colfer and his onscreen dad Mike O’Malley accepted the GLAAD Media Award on behalf of the cast. O’Malley even managed to sneak in a joke about his lovable character Burt Hummel: “I’ve yet to say a funny thing on the show.”

Kristin Chenoweth was honored with the Vanguard Award for her commitment to the education and understanding of the LGBT community in the media. Chenoweth famously came to the defense of openly gay actors in straight roles.

The GLAAD Media Awards take place in three cities across America. The first was held in New York in March with the awards closing in San Francisco on May 14.

Congratulations go out to all of the GLAAD Media Award winners!