Talk about casting confusion: The cameo in The Hangover 2 that was originally meant for Mel Gibson then given to Liam Neeson has been reshot entirely with Nick Cassavetes in the role! 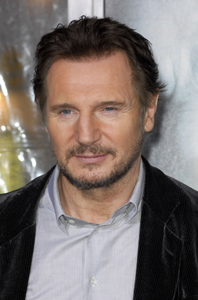 Remember when Mel Gibson was cast in The Hangover 2 as a Bangkok tattoo artist, right after those tapes of him berating his baby mama came out? He was canned because the other actors didn’t want to work with him. The role was recast and shot with Liam Neeson — but that’s not who you’ll see in the final product.

That’s right: Liam Neeson was left on the cutting room floor, and The Notebook director Nick Cassavetes is who you’ll see instead.

Don’t worry, Neeson hasn’t lost his magic touch on the big screen. It was simply caused by a scheduling conflict during reshoots. Hangover director Todd Phillips explained that he decided to cut a scene right after Neeson’s, necessitating a reshoot. Unfortunately by that time, the actor was already deep into filming the sequel to Clash of the Titans.

“We were in a complete time crunch so I called up Nick and asked if he would do the part,” Phillips said. “He came in and crushed it and that is the scene that you will ultimately see in the film. [I’m excited for everyone] to see the film. It turned out great.”