MTV has settled the contract dispute with the Jersey Shore cast, which means season four is officially on. What castmates are returning? Is “The Situation” returning to the show that made him a celebrity? Get all the details here.

Jersey Shore fans will be pleased to find out that the contract dispute has been settled and the entire eight-member cast — including Mike “The Situation” Sorrentino — will be returning for season four of the hit MTV reality show. 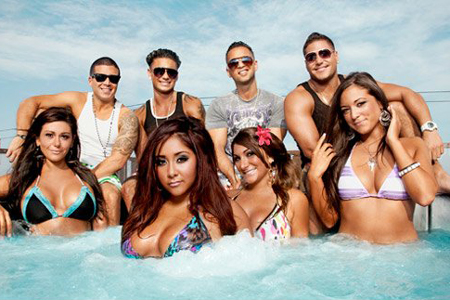 The show, which will be filmed in Italy, was in jeopardy as the castmates were holding out for a bigger payday. In fact, other castmates had reportedly signed, however, “The Situation” continued to hold out for more money. MTV had considered re-casting his part, but they came to an agreement.

“They all knew they were going to sign, it was just a matter of fine details. They all wanted to make it work — if things were all set up over there, then they would have signed sooner,” a source told E! Online.

No word yet on how much their new paychecks will be, but in the past they held out for raises which eventually got them $10,000 per episode. It is safe to say their new contracts will be enough to buy them plenty of tanning sessions, gym memberships and hairspray.

The cast was originally going to leave for Italy this week, however, they are now being told it will be another three weeks. “Production wasn’t ready to go. They didn’t have a house,” the source reveals. “They were going to shoot in one city, and then that didn’t work out, so now they’re scouting another city.”

Will Italy embrace our favorite guidos and guidettes? It is hard to say — but the Jersey Shore cast has decided they don’t want to spend all their time in Italy. They will film a portion of the show in Italy and the rest back in Seaside Heights.

Tell us: Do you plan on watching season four of Jersey Shore?