Love is coming up all over the place in this season of American Idol. The latest rumor? That another Cullen is in love with a human! 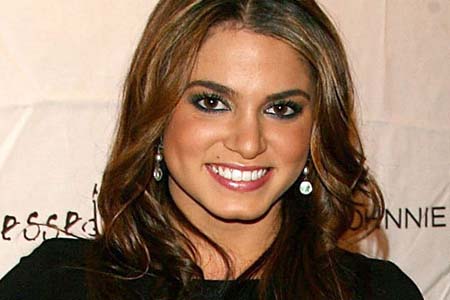 The two met at the Red Riding Hood premiere in early March. Cameras were rolling as Reed blushed when she met the singer, fangirl style.

McDonald took the compliment with style — but it turns out he didn’t know who she was.

“Was she a famous actress or something? I’d hang out with her!” McDonald asked. Guess he’s not a Twi-hard.

The two have been hanging out ever since — and she’s apparently calling McDonald her boyfriend. They’ve had to pursue a relationship via Skype because Reed’s still filming Breaking Dawn in Louisiana and McDonald’s in L.A. for Idol.

And it turns out that Reed isn’t the only Twilight star with an American Idol love interest. Sources say that Taylor Lautner has been Skyping with finalist Lauren Alaina. Maybe — another source says it’s not true.

“Taylor has only said hello to some of the Idol contestants when he has been in the same room as Nikki when she has been Skyping with her boyfriend. He has not Skyped one-on-one with any of the Idols.”

Hmmm…we’re thinking there’s more to this story. We totally want more Twilight/Idol match-ups so the contestants can do a Twilight-themed night.