Spring is blooming with some fantastic hardcover reads. We’ve got the scoop on the best books that are hitting the shelves this spring whether you’re looking for a suspenseful, murder mystery or an inspiring memoir.

Made for You and Me by Caitlin Shetterly 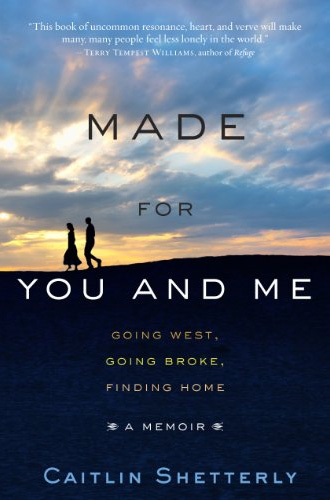 With so many people facing hardship during the economic downturn, this book will strike a chord with families everywhere. This memoir is an honest representation of what happened to people across the country and sheds a light of hope for those who are still struggling.

Caitlin Shetterly and her husband Dan had always dreamed about migrating from their home in Maine and going West. They aimed for California, but by the time they arrived there, the economic crash had already begun to unfold. Jobs that were lined up fell through, savings were dwindling and Caitlin was unexpectedly pregnant. Caitlin, unable to work due to complications, and Dan, unable to find work despite persistence, headed back for Maine with a baby in tow and diminished bank accounts to move in with Caitlin’s mother.

In their travels home, Caitlin blogged about her circumstances and made audiotapes for NPR’s Weekend Edition. Receiving a wide range of supportive responses and finally ending up back in Maine, Caitlin realized that family and love can be more fulfilling than the tug to roam. 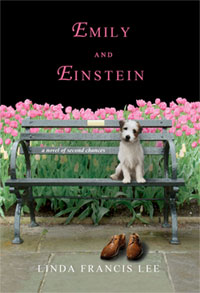 What do you do when your whole world gets flipped upside down? That is what Emily had to face when her husband Sandy suddenly died in a tragic accident. Before the funeral was even over, Emily was struck with more bad news, she was also being evicted from her Upper West Side apartment.

With tragedy setting in all around her, Emily begins to discover that her husband wasn’t who she thought he was. As she begins to unravel her husband’s past and tries to ward off the loving memories of the man she lost, she finds comfort in a scruffy dog named Einstein. But even with her furry companion at her side, Emily struggles to confront her past and move on.

Emily and Einstein is an emotional and perceptive story about hope, redemption and love. With the same compulsory page-turning attitude of her other books, Lee delivers another novel you won’t be able to put down.

The Uncoupling by Meg Wolitzer

A spell has been cast upon a town and frigidity has descended into the hearts and bedrooms of the women in Stellar Plains, New Jersey. 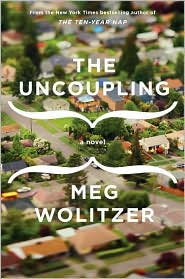 When a new drama teacher arrives at Eleanor Roosevelt High School and chooses Lysistrata — the Aristophanes comedy where women stop having sex to try and get their men to end the war — for the school play, a strange spell takes over the women in the school.

One by one, married women, single women and teenagers turn away their husbands, boyfriends and first loves in the bedroom. Both genders bitterly confused, the women struggle with their lack of passion and the men grow unhappy and offended by this sudden influx of sexual refusal. In light of this sex-free environment, the men and women are forced to reexamine themselves and their relationships in a new way.

The sly reference to our current culture is entertaining and enlightening. This slightly paranormal approach is a fun and humorous way to scrutinize a trend we are all a part of.

So Much Pretty by Cara Hoffman

When Wendy White, a sweet, small-town girl working as a waitress and living with her boyfriend, goes missing, the family mourns her death, but the case remains open and unsolved. 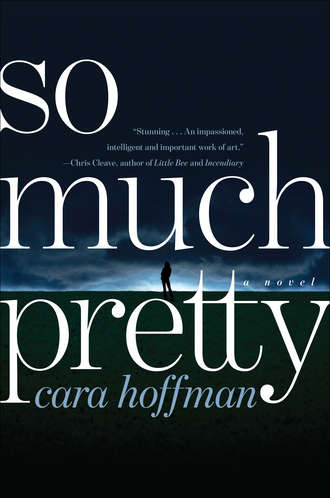 Stacy Flynn’s arrival in Wendy’s town, Haedon, is not a welcome reception. The locals are ever skeptical of strangers and Stacy’s desire to get her big break as a reporter only gives them more reason not to trust her. Her original story being about the town’s dairy farm and its destructive impact on the environment and public health threatens their only industry, but when Wendy’s body turns up and Stacy starts investigating, their whole belief system comes into question. Intent on the idea that Wendy’s murder was the act of an outsider, the town’s people coldly receive any suggestion that the killer might still be amongst them.

When 15-year-old Alice Piper, an imaginative student with a genius IQ, risks teaming up with Stacy, her fate becomes entangled with Wendy’s.

This novel has all the delightful and suspenseful twists of a great murder mystery with the fresh voice of Cara Hoffman mixed in. Her career as a New York investigative reporter infuses this book with the honesty and fragility of real life cases.

More from SheKnows’ spring reading guide:
Paperback picks that will steam up your spring.