Hanna is unlike anything you have ever seen before. As filmed by director Joe Wright, the movie is a visual marvel. Add a stunning performance by its lead — Oscar nominee Saoirse Ronan — and powerful turns by Eric Bana and Cate Blanchett, and audiences have the first really great film of 2011. 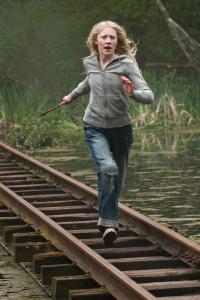 Saoirse Ronan is for real. The promise she showed in Atonement, The Lovely Bones and City of Ember has come to fruition with a riveting performance that deserves her getting Oscar attention once again. Hanna is her movie. From top to bottom, Ronan carries the film with a strength that is decades beyond her 16 years.

When the film commences, Hanna is being raised by her father Erik (Eric Bana) in a remote forest. It is clear from the opening moments that the teenage girl is being trained to be a vicious assassin. Soon after, audiences learn why this girl’s world is all-encompassed with learning the tools to survive when being attacked from all sides.

Hanna’s mother was killed under questionable circumstances. Erik took Hanna far away to ensure her survival, but also to allow her to fully gestate the tools necessary to endure when the people behind her mother’s killing will stop at nothing until Hanna meets the same fate.

Like any teenager, Hanna reaches a point where she is ready to scour the landscape of life beyond the safe and homely four walls that her father has provided. It is there that the madness that is Hanna takes off.

The performance of Eric Bana is so complex. On one hand, he is a father, who knows what fate is awaiting his daughter. On the other hand, we learn that he has a past that may or may not have brought on the death of Hanna’s mother. Bana’s character knows all too well the ferocious danger that awaits his daughter and has raised her with just enough love to enrich her life, but not too much, so that when it comes time to cut the cord and send Hanna to her fateful confrontation with those who wish her ill, he is able to let her go without remorse. 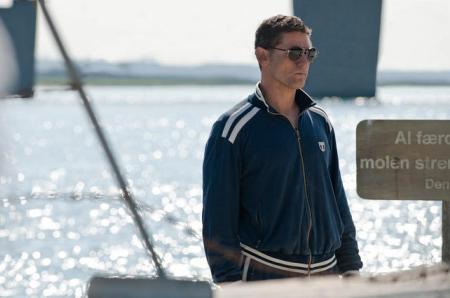 Cate Blanchett is at her steely best. Blanchett is a government operative of some sort who, when she discovers Hanna is alive, pulls out all the stops to get to her ASAP. Along the way, Blanchett shows a motherly nature through her driven spy persona which causes the audience to almost feel for her plight. We don’t know why she is seeking Hanna or what she will do once she has her in her possession, but one thing remains clear: Her world has come to a screeching halt in an all-out effort to find Hanna.

Sharply cut action sequences, shots of remarkable martial arts as exhibited by Ronan, and impeccable performances from a stellar cast worthy of the script by Seth Lochhead and that is why, although early, we are calling Hanna the best film of 2011 (so far).

Finally, the score of the film is by the techno kings, the Chemical Brothers. Director Joe Wright has taken all the puzzle pieces of a cunning thriller and molded a breathtaking vision of international intrigue as seen through the eyes of one truly special 16-year-old girl.