There are films that warrant a remake and with the right actor or actress inhabiting iconic roles, magic happens twice. Such is the case with Russell Brand taking Dudley Moore’s top hat in the delightful update of Arthur.

Toss in the also iconic Dame Helen Mirren in a switch of genders, stepping of sorts into the Oscar-winning shoes of John Gielgud, the Arthur caretaker known in the original as a butler. In Arthur 2011, Mirren embodies Arthur’s nanny and audiences have such a movie that warrants an update. Arthur producers have switched one stellar British comedian in the lead with another and an Oscar winner in the original role of caretaker with another. With that in mind, what about the story of Arthur 2011? Does it work? 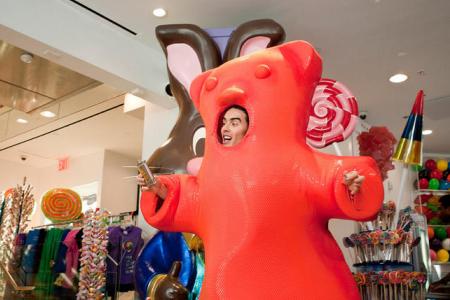 The answers to those questions are represented in a touching remake that still hits the same notes that made the first film a smash. Arthur has heart. The film is hysterically funny while still being sensitive to the issues that face the lead character. Arthur is an alcoholic. He is a lovable drinker, but it is clear he cannot handle the bottle. Despite having hundreds of millions of dollars at his disposal, Arthur is not satisfied with his life and seems to be drinking it away.

Enter the ladies of Arthur, who act as a seesaw of power and emotion all with a stake in the path Arthur chooses to take. Mirren is, as always, impeccable. She effortlessly goes tit-for-tat with Brand’s outlandish humor and wide-spanning characterization of the lovable millionaire. Jennifer Garner is downright evil as Susan, a woman who believes she should be married to Arthur to further her career. Jennifer Garner sizzles and relishes in the joy of portraying such an evil character. 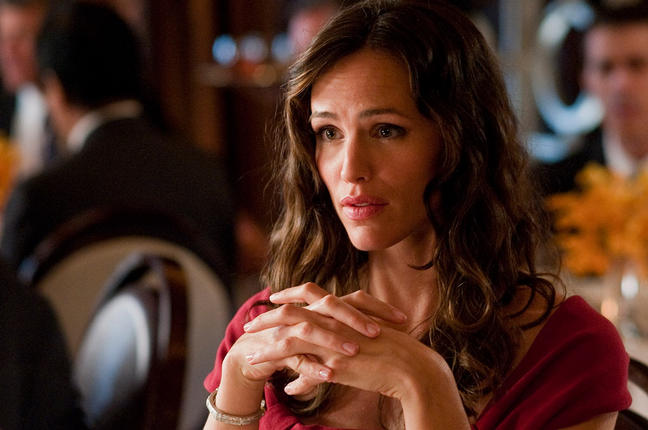 Greta Gerwig is a find as Naomi. She effortlessly steps up to the role of the love interest that Liza Minnelli rocked in the original. Gerwig’s innocence matches Brand’s naivete and the two make beautiful romantic movie music together in the Arthur remake. It is only through her performance that it is believable that Arthur would see that love is worth more than a billion dollars. Geraldine James portrays Arthur’s mother Vivienne, a woman who has grown tired of her son’s shenanigans. She determines that Arthur must marry Garner’s Susan or lose his fortune. James plays the part with a distance and an iciness which allows the audience to root for Arthur to find his way with Naomi.

The success of Arthur, whether the 1981 version or the Warner Bros update, depends solely on the charm of its lead. Russell Brand told us how Dudley Moore was an idol of his and that respect to take the Arthur character to the next level is seen in his evenly comic and caring performance. 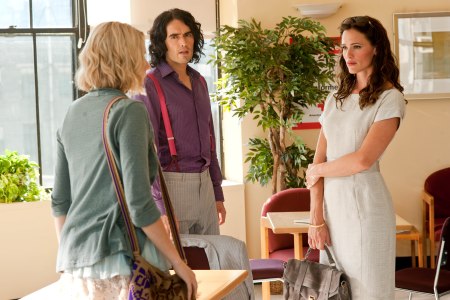 In Arthur, Brand continues his successful run of stellar performances that began with Forgetting Sarah Marshall and continued through Get Him to the Greek and even through his voice work on Hop. He is Arthur for a new generation. Equal parts affable and aloof and in the hands of a comic genius such as Brand, plus the supporting cast that also includes a gruff Nick Nolte as Arthur’s potential father-in-law, audiences can cheer that a beloved film received a remake worthy of its comic and romantic pedigree.