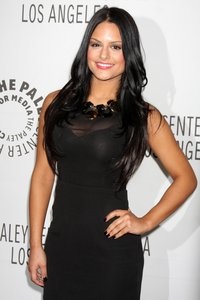 The American Idol judges were visibly outraged during Thursday night’s elimination of front-runner Pia Toscano and they weren’t the only ones seething. Hollywood’s hottest stars weighed in on the songstress’ elimination and it left us wondering, did America get it right?

“Don’t have an Idol habit, but how could the USA vote Pia off? I may be done for the season!” Tom Hanks tweeted after the shocking results. His wife Rita Wilson added, “Was Pia punked? How did she get voted off of American Idol? That is not OK!”

Pia Toscano was known for her ballads and tugging the heartstrings of viewers everywhere, but judges had warned her in the past to switch it up to something more upbeat to show her range. She did just that on this week’s live performance show and it looks like America wasn’t feeling it.

Even the reality world got it on the Twitter action. Snooki from Jersey Shore tweeted, “Pia should have won the whole thing! I’m not watchin Idol anymore. I’m with JLO on this one.” Dancing With the Stars pro Cheryl Burke wrote, “Pia is so talented and beautiful! Wish her the best. I’m sure her career will be full of success!”

Steven Tyler, Randy Jackson and Jennifer Lopez verbally showed their outrage over Toscano being sent home and Lopez even shed a few tears.

King of Twitter Ashton Kutcher showed the singer some love with his own tweet, saying, “Who are the people that vote on American Idol? That’s just crazy! That Pia girl is dope!”

What do you think of the elimination of Pia Toscano? Do you think the judges regret using the save of Casey Abrams?