Bravo’s Andy Cohen revealed one of the network’s hot housewives shows won’t be coming back. Don’t worry, New York and the O.C. are safe for now as Bravo cancels The Real Housewives of D.C.

The Real Housewives of D.C. has been canceled after one season of watching the ladies lobby for their political and personal causes and, of course, the famous White House crashing controversy. 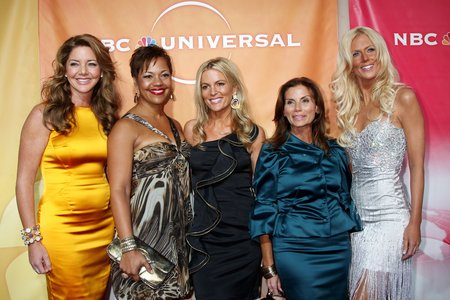 The Real Housewives franchise has been a hit for the Bravo network and this will be the first of the series to be canceled.

Bravo’s executive vice president of original programming and development, Andy Cohen, had nothing but fantastic things to say about the series and the D.C. housewives themselves.

“We had an amazing season and we told stories that were unique to any other in the franchise,” Cohen said to The Washington Post. The Bravo programming mastermind and host also added, “I wish all our D.C. wives the best and hope to work with them again in another capacity.”

The Real Housewives of D.C. brought fans closer to Michaele Salahi who was accused of crashing President Obama’s first White House state dinner with her husband.

What are your thoughts over the cancelation of The Real Housewives of D.C.? Tell us, we want to know.